Back in 2012 a group formed to start organising the clubs centenary celebrations, the group consisted of former and current players Mark Taylor, Paul Air, Glen Air, Mitch Bate and Mark Wilkinson. With the committees limited experience in organising large events Sharne Ferraro was asked if she would join the committee to bring her many years of event management skills help with the weekend.

One part of the organising committees tasks was to put together a centenary book going back to the beginning of the club to the present date (2013) telling the story of the clubs history, the highs, the very lows, some great moments and the stories of the families that make the club great for this Barry Ross was recruited to write the next chapters from what had been written by John Kelly in our 90th anniversary. 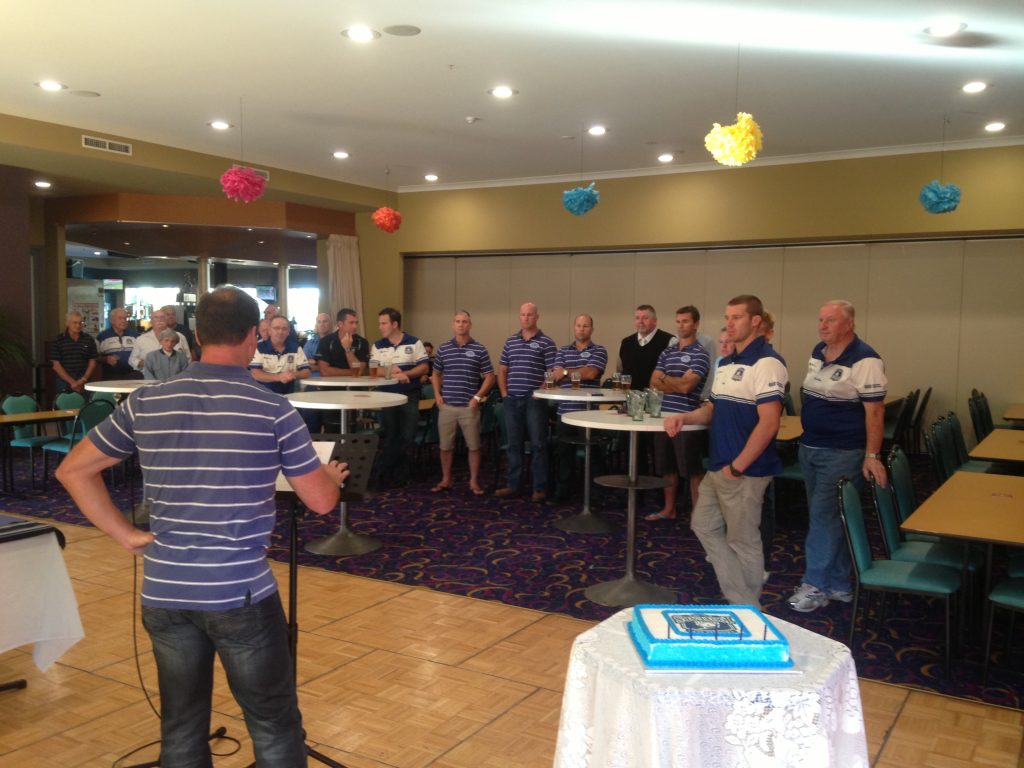 John became the leading authority on the clubs history through his many hours of painstaking research. John’s research and narrative form the basis of this book and why the 100th year publication was dedicated to him. The cover for the book has some of our most famous players in Peter Wynn and Ian Grose in the background with the most capped Butcher of all time in Aaron Beath taking pride of place. The books name “Once more we raise our glasses” comes from the clubs famous victory song and seemed to fit perfect with what was about taking place over that weekend in June.

The centenary celebrations were held on the long weekend in June of 2013 starting with a casual catch up on the Friday night at the Ryans Hotel, Saturday saw the centenary game against Shellharbour and an after game presentation and function at the Thirroul Bowling leagues and recreation club and the weekend culminated in the 100 year luncheon on the Sunday at the Panorama House with close to 500 attending. Over all it was an amazing weekend of reunions, plenty of beers and old stories.

Now the club has released a digital copy of the 100 year book which can be downloaded or read from our website. 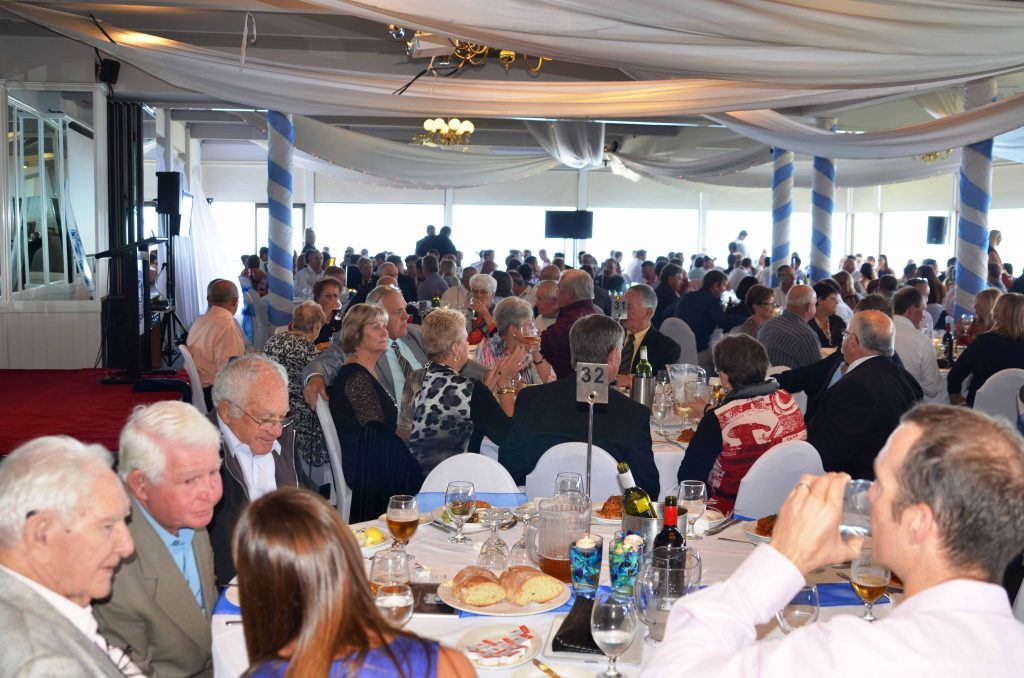 Centenary luncheon at the Panorama House 2013